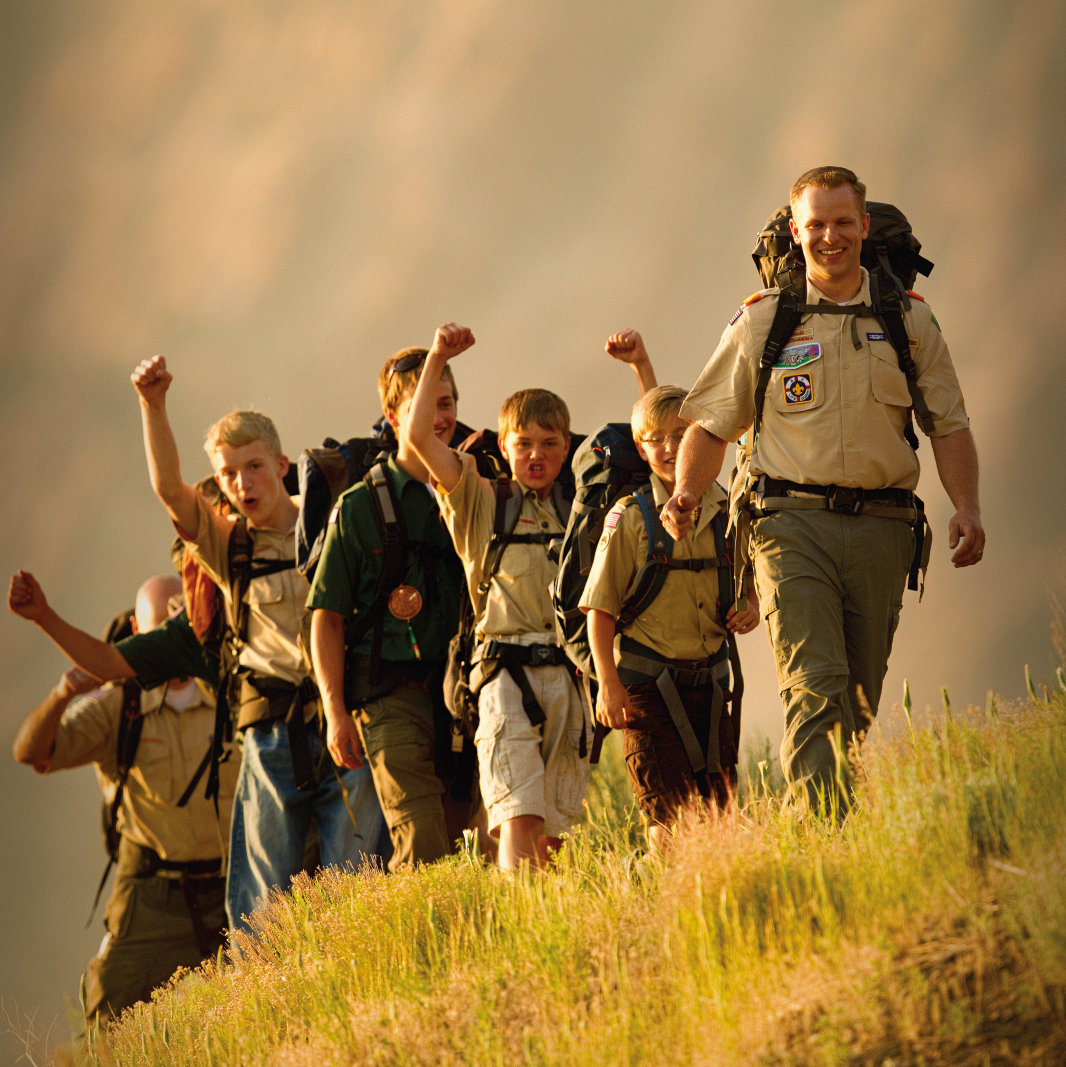 What do I tell my boys now? Where is the example of standing by values and convictions? Can I trust that my boys will be safe from ridicule and persecution as we camp? How do I help them face the growing evil in the world? These questions and many like them have been crowding my mind this evening after I heard that the Boy Scouts of America decided today to amend it’s long standing adult leadership policy to “[remove] the national restriction on openly gay adult leaders and employees.”

I have been associated with scouting for most of my life. When I was eight-years-old I joined as a cub scout and throughout my youth participated in scouting. I am an Eagle Scout and I have credited my scouting experiences as some that have shaped who I am and the way that I see the world. In my adult life I have continued my association with scouting. The National Eagle Scout association paid for me to go to school through their generous scholarship program. I have served as a merit badge counselor, on the cub committee and I am currently serving as a Scoutmaster in my local troop. I have tried to live the standards outlined in the Scout Oath and the Scout Law and have tried to model these values for the boys that I work with every week.

I am deeply troubled and saddened by the choice of the BSA National Executive Board to allow openly gay scout leaders to serve. I believe that this is the wrong decision for the BSA to make. Scouting is an organization whose methods, I believe, are some of the best at teaching boys strong values. I believe that the principles embodied in the Scout Oath and Law are timeless and moral. Because of this belief, it is hard for me to accept that an organization that has morality and Duty to God at its core could take a step such as this.

There are two reasons that, for me, this is a troubling development. First is the actions taken by the leadership of the organization at the national level and second is my experience with my boys after the membership policy for youth membership changed several years ago. I will address both topics.

Robert Gates Should Have Kept His Word

When Robert Gates was first selected as president of the BSA, he said the following:

“I believe strongly that to re-open the membership issue or try to take last year’s decision to the next step would irreparably fracture and perhaps even provoke a formal, permanent split in this movement — with the high likelihood neither side would subsequently survive on its own. That is just a fact of life. And who would pay the price for destroying the Boy Scouts of America? Millions of scouts today and scouts yet unborn. We must always put the kids and their interests first. Thus, during my time as President, I will oppose any effort to re-open this issue.” — Robert Gates, 2013, emphasis added

Now, a mere two years later Robert Gates has not only completely reneged on this commitment, but he has actually led the change to re-open this issue that in his own words may “provoke a formal, permanent split in this movement.”

How can I teach my boys that they are to be trustworthy, loyal, and brave when the president of their organization blatantly demonstrates that he is none of these on this important issue? The “reasons” are plenty he says that the policy must change. Sure there are social pressures — there are even lawsuits. There are groups that are openly defaming the Boy Scouts for their policy. However, if there is to be something that destroys the Boy Scouts of America I would much prefer it be pressures from the outside that force the organization to die rather than the organization imploding due to social pressure because we chose not to stand by our moral convictions.

The Boys Were Bullied and Harassed

In 2013, just weeks after the membership policy was amended to allow gay youth in scouting (a change that I understood and even partially agreed with), my boys and I headed to our summer scout camp. We were expecting to have a great week full of water sports, rifle shooting, archery, wilderness survival, rock climbing and just about any other adventure you could want to have as a boy (or as a man for that matter!).

Not more than a day into the program we began to realize the very real effect that the policy change was having on our youth’s experience at camp. While boys were at the water front and when they were in the showers they were taunted and teased by other boys attending camp. They were asked if they were gay. Other boys reviled and persecuted them when they did not want to talk about it and tried to dodge the question. Boys were openly speaking of lewd actions.

Now a certain amount of this can be attributed to boys just being boys. I usually expect to have to deal with a certain amount of potty talk at camp. These things happen when you get a bunch of 12-13 year olds together. This was much, much worse. The staff of the camp was totally at a loss and had no idea how to deal with the problem. They were confronted with the difficulty of the membership policy in their faces, and this ruined camp for many of my boys that year. The actions of the scouts at that camp resulted in multiple reports to scout executives and review by the adult leaders at camp. I am happy to report that we have not had a similar experience in our other years at camp since that experience.

I worry that with this change in policy these types of experiences will come more and more often. I will have to worry about what boys from troops that do allow gay leaders may say or do to my boys. My boys will have to be taught to be resilient and to stand on their own. They will have to be taught that sometimes they have to stand utterly alone in the face of ridicule and political correctness. They will be confronted by questions of sexuality in places and situations that should have been safe havens for these boys.

I hope and pray that I am over reacting and that men and women of good faith can come together and continue to provide the scouting program to my children’s generation. I know that in the end God is at the helm. My church, The Church of Jesus Christ of Latter-day Saints, which has long been a proponent of scouting is reviewing its position. I trust that whatever the outcome, God will provide a way for our young men to develop into the men of God that this world so desperately needs.